Four members of an organised crime gang that stole £400,000 in a series of armed robberies targeting cash vans have been jailed.

The gang used a fleet of stolen cars to travel to and from the violent heists in London, Oxford, Bedfordshire and Northamptonshire between May 2018 and November 2019.

Some of the stolen money was stained by security dye when the gang tried to force open a cash box, leading them to burn some and launder some through betting machines in bookmakers.

They also tried to cover their tracks by using cloned number plates on the stolen cars.

But the Met flying squad had the gang under surveillance, using number-plate recognition cameras and phone evidence to track what they were doing.

Six members of the gang have already been jailed, and another four were sentenced at Kingston-upon-Thames crown court on Monday.

Abdi Omar, 27, also from Wandsworth, was sentenced to nine years for conspiracy to commit robbery, possession of an offensive weapon and handling stolen goods.

Mahdi Hashi, 29, of Wandsworth, and Noaman Amin, 26, from Clapham Junction, were each jailed for nine years for conspiracy to commit robbery and threatening another with an offensive weapon.

DC Stephen O’Connell of the Met police said: “This was an immensely complex investigation which demanded dedication and skill to manage the extensive amount of evidence. Our officers have worked day and night to achieve this outcome. I would like to thank all those involved for their dedication and professionalism.

“The group caused havoc in and outside of London with high-value cars being stolen and a huge amount of money laundered and spoilt. These men have since discovered that crime does not pay.”

O’Connell said efforts to track down others believed to be in the same gang were continuing. 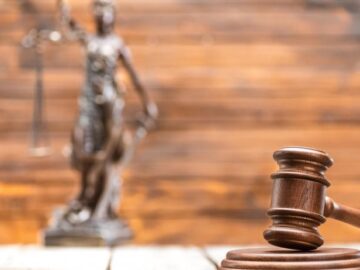