The Hungarian police cracked down on several gangs of drug dealers

The Hungarian police have taken action to stop drug use and distribution. Police arrested several people linked to drugs in the countryside and in the capital during the week.

Hungarian police arrested both drug dealers and consumers. Police caught a gang of rural drug dealers In Baja, police held drug raids in several places with the help of the Counter-Terrorism Centre.

During the coordinated action, police arrested 8 men. The investigation began after a public announcement that a gang was selling and consuming drugs. The alleged perpetrators were busted by the police in three different towns at the same time.

During the house search, the police found 50 grams of substances they suspect are drugs and 10 tablets. In addition, there were 2 firearms, ammunition, and a large amount of cash at the scene, police.hu writes. As a result of the crackdown, police caught eight people. They were involved in the purchase and sale of drugs. They allocated the tasks to each other by prior agreement.

Drug raid in the capital

Police held raids not only in the countryside but also in and around the capital. Police have prosecuted five people in Pest County on the suspicion of drug trafficking. Prior to the raid, police had been gathering information for months.

After that, the police arrested eleven people at ten different locations in 2 days. The Hungarian police suspected five people of drug trafficking and six people of drug use. The police and the county seats carried out a joint operation.

The police cracked down on dealers with 4 cars and 50 police officers in 4 settlements. 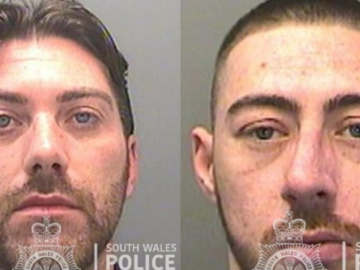 0 37
Military refuses to sentence for the death of hitman