IREDELL COUNTY, N.C. (FOX 46 CHARLOTTE) – A Utah man was arrested in Iredell County last Wednesday after investigators and Homeland Security agents seized nearly $800,000 of crystal methamphetamine during an investigation into a Mexican-based drug trafficking organization, according to the Iredell County Sheriff’s Office.

Authorities said Gallardo’s arrest was made as part of an ongoing joint investigation with Special Agents from Homeland Security Investigations Charlotte into a “Mexican Based Drug Trafficking Organization.”

“This relationship has had a direct and positive impact in combating the narcotics trade within Iredell County and the Western District of North Carolina,” said Sheriff Darren Campbell. “By stopping these drugs from getting into our communities, we have undoubtedly saved lives from potential overdoses, saved families who are not having to deal with domestic violence, and saved our community members from becoming victims of larcenies, breaking and entering and robberies which are committed by those who needed money to buy these drugs to support their habit.”

Campbell said the region is only two or three days away from the Mexican border. 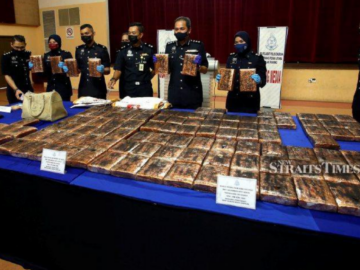