A man who bashed a Perth grandfather, who later died from his injuries, has been sentenced to life in prison with a minimum of 23 years.

Quade Karsum Jones, 29, attacked Emilio Lombardi outside his East Cannington home after the elderly man went outside to investigate a disturbance on August 16 last year.Mr Lombardi, 84, died in hospital two weeks after the assault.

Graphic images Mr Lombardi’s injuries were later shared by WA Police. Jones, from Seville Grove, bashed Mr Lombardi during a day-long crime spree, with officers called to the area after a string of random attacks on strangers. 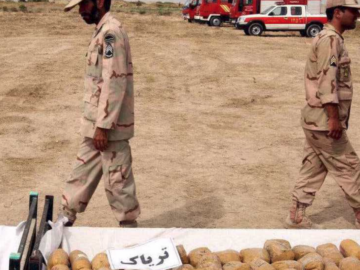