KEPALA BATAS: Police smashed a drug trafficking syndicate following the arrest of four people, including a couple, and seized 107kg of ganja worth RM267,500 in a series of raids in Penang and Kedah yesterday and Wednesday.

He said checks on the factory workers led police to the recovery of five slabs of compressed ganja, weighing 5kg, worth RM12,500.

“We believe they were on their way to send the drugs to buyers when nabbed.

“Following the duo’s arrest, police raided a house in Taman Cempaka Indah, Bukit Selambau in Kedah the same night. There, we detained a woman, believed to be the sister of one of the men nabbed. We also seized 100 slabs of compressed ganja there,” he told newsmen at the district police headquarters here today.

Mohd Radzi said the ganja seized in the housewife’s house weighed about 102kg and was worth RM255,000.

He added that police then nabbed her husband in Sungai Ara, Bayan Lepas about 12.45am yesterday to assist investigations.

“Based on initial investigations, the four, aged between 25 and 33, are believed to have been involved in drug activities since June this year.

“They obtained the drugs from a network before selling them to buyers in Penang,” he said, adding that police did not discount the possibility that the couple, both unemployed, were the syndicate’s masterminds, who had used their house as a store to keep the drugs before distributing them.

Besides the drugs, police also seized cash, a car and two motorcycles, all worth RM73,000.

Urine tests on one of the four came back positive for drugs.

He said probes revealed that the unemployed man had been living a luxurious life from proceeds from the drug activities, and had been active since June this year.

Further investigations also revealed that the man had obtained his drug supply from a network before selling them to buyers in the district.

All five have been remanded for between five and seven days to assist probes under Section 39B of the Dangerous Drugs Act 1952. 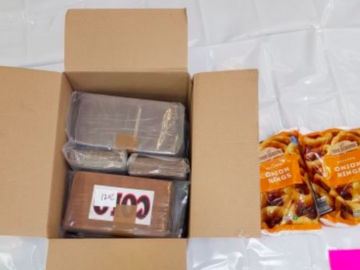