Andrew Gosden was last seen at the Kings Cross Underground station in London on Sept. 14, 2007

Two London men have been arrested on human trafficking charges as part of a cold case investigation into the disappearance of a 14-year-old United Kingdom boy on a subway platform in the city in 2007.

Police from South Yorkshire and their Metropolitan Police counterparts in London said they nabbed two men, 45 and 38 years old. However, they’ve already been “released under investigation,” meaning they were not charged, but police are still working the case.

Both were arrested on suspicion of kidnapping and human trafficking. The 45-year-old is also accused of possessing indecent images of children.

Police were investigating the disappearance of Andrew Gosden, who would be 28 now. He was last seen on security video taken at the Kings Cross Underground station in London on Sept. 14, 2007.

Before he disappeared, he withdrew the equivalent of about $275 from his bank account and bought a one-way ticket from Doncaster to London – about 170 miles away, the BBC reported.

According to the network, he left for school that morning, then returned home after his parents went to work and changed out of his class uniform and into street clothes.

“We have made numerous appeals over the years to find out where Andrew is and what happened to him when he disappeared,” Detective Inspector Andy Knowles said in a statement Tuesday. “I would encourage anyone with any information they have not yet reported to come forward.”

Images show Gosden has light brown hair and brown eyes. He is also described as having a “distinctive double ridge” in his right ear. Many pictures show him wearing glasses. At the time of his disappearance, he was 5 feet, 4 inches tall with a thin build.

In a statement posted to a Twitter account dedicated to the missing Gosden, his father Kevin said the family does “not wish to speculate on any possible outcome” of the cases against the two men, whose identities have not yet been made public.

“We have carried the burden of not knowing for many years, and recent potential developments represent a more-intensified period of this emotional journey for us,” he said Tuesday. “So we hope that you understand how difficult this time is for us as a family and wish to thank you for your support and prayers.” 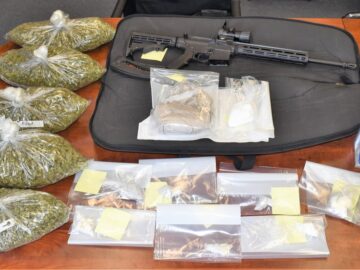 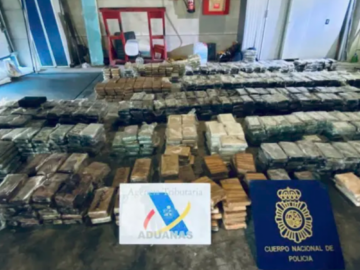