(25 News Now) – A man from Campus, Illinois in Livingston County was sentenced Friday to 17.5 years in prison, along with 20 years of supervised release, for possession of child pornography.

Flint also must register as a sex offender.

According to a Department of Justice release, the government presented evidence that Flint was operating on the dark web under the username “acidman”. Flint used websites he accessed to distribute child pornography and to discuss engaging in hands-on sex offenses. Flint also inquired about how to sedate children and bragged about assaults he committed or planned to commit.

After Homeland Security Investigations (HSI) located Flint, his electronic devices were confiscated, and a forensic analysis was conducted, revealing he was responsible for more than 4,000 images of child pornography. The analysis further revealed images and videos taken by Flint of minor juvenile females. The ensuing investigation resulted in Flint’s conviction in three sexual assault cases in Livingston County. At least one image and one video produced and distributed by Flint on the “dark web” has been in the possession of persons under investigation or charged in other districts.

Also at the hearing, Judge James Shadid found that Flint’s possession and distribution of images of child sex abuse had contributed to psychological harm and trauma experienced by child victims whose images are trafficked online.  Judge Shadid stated that Flint’s use of the dark net in an attempt to conceal his activities and identity online was a factor that he considered in imposing the sentence.

Flint was originally indicted in June 2020 and pleaded guilty to the charge in January 2022. He has remained in the custody of the U.S. Marshals since indictment.

The statutory penalties for possession of child pornography are up to 20 years imprisonment and up to a lifetime of supervised release. 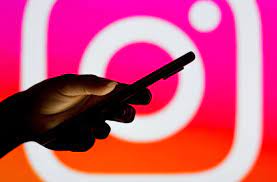