Two students, aged 19 and 20, and a 27-year-old entrepreneur all died after taking the opioid N-pyrrolidino etonitazene between October 2021 and January this year

Three men have died in Birmingham after taking a new designer drug sweeping the dark web which is 1,000 times more powerful than morphine.

The deaths all took place between October 2021 and January this year.

Dr Judith Yates, who analyses drug deaths in the city, said she had been “shocked” after seeing the opioid’s effects, said: “These three cases have come out of the blue, we’ve never seen this chemical before in Birmingham.

“There is no way to tell what’s in a tablet that you’re getting either online or on the street.”

N-pyrrolidino etonitazene is made up of compounds originally developed in the 1950s and 60s.

The drugs appear to be a replacement for fentanyl, but are far more powerful and were being bought on the dark web rather than the street, Dr Yates told the BBC.

Mr Byfield-Levell, from Sutton Coldfield, was found collapsed at home by a relative on October 2 after a night out with friends.

Birmingham and Solihull coroner Emma Brown said he died from natural causes brought on by drugs and alcohol. An inquest heard he had an underlying heart condition.

Mr Davis was found dead on October 10 and a pathologist has suggested the cause of death was N-pyrrolidino etonitazene toxicity.

Mr Wozniak, who died on January 3 this year, also had the drug in his system.

The deaths come after an 18-year-old man is believed to have been the first in the UK found to have taken the drug last July.

The man was discovered unresponsive and breathing noisily by his mother who started CPR after calling an ambulance.

When paramedics arrived he had no pulse and was not breathing but was saved by an injection of an antidote naloxone.

He was rushed to University Hospitals Birmingham, where he was treated by Dr Mark Pucci.

He said: “He was very lucky to survive. It was only really the quick thinking of his mother. He went into respiratory arrest and cardiac arrest, so is very lucky to be alive.”

In a report he wrote into the teenage patient, Dr Pucci said animal studies showed the drug was 1,000 times more powerful than morphine.

He said: “These cases are not really picked up on routine drug tests, so there may well be other cases that we don’t yet know about.

“I understand that there may be some recent cases in London.”

They originate in China, arriving in the UK via Russia or Eastern Europe, and are designed to help patients suffering from chronic pain. 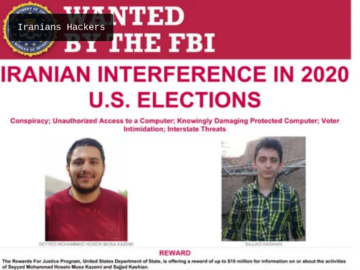