Three persons have been detained and charged with federal charges as part of an international, multi-agency campaign to track down and prosecute those who use the dark web and bitcoin to trade illegal, dangerous substances.

The defendants allegedly delivered counterfeit Adderall from Texas to a Shelby County post office box, according to investigators. Watch the video here.

Kevin Ombisi, Eric Russell, and Winrose Ndichu, according to a federal lawsuit recently filed, utilized Bitcoin to acquire methamphetamines on a darknet internet market.
The methamphetamine tablets were labeled as Adderall, which was deceptive.

The drugs were allegedly shipped to an undercover DEA agent who utilized the Shelby County post box, according to Memphis defense attorney Barry McWhirter, who represents Ombisi.

The case’s prosecuting assistant US attorneys declined to comment.
McWhirter insists that his client is not guilty.

According to the lawsuit, 27 counterfeit Adderall tablets were swapped from Texas in total.
Those tablets are a minor part of the more than 500 pounds of illegal substances confiscated since the campaign began in January 2021.

According to investigators, the amount of fentanyl seized from the 500 pounds of narcotics discovered was enough to cause 4 million overdose fatalities.

In the United States, 90 percent of the more than 200,000 tablets collected included fatal amounts of opiates and synthetic opioids, making the defendants’ drug accusations rather unusual.

The darknet is an area of the internet that search engines such as Google do not index.
It’s a sequence of strongly encrypted web pages and sites that usually necessitates the usage of software that hides a user’s identity.

While the arrests took place in February, the operation’s results were only revealed in late October.
The three defendants are among more than 150 people detained across three continents.
Arrests were made in 12 states and the District of Columbia in the United States.

According to Deputy Attorney General Lisa O. Monaco, the timing of the operation, called Operation Dark HunTor, was crucial.

“More individuals have gone to the Darknet to obtain narcotics after the COVID-19 outbreak broke out than ever before.
Darknet drug income has reached pre-pandemic levels, with much of it taking place on social media platforms — including sales of phony medications laced with fentanyl and methamphetamine “Monaco said.

The operation came after Darkmarket, which was formerly thought to be the world’s largest darknet bazaar for illicit substances, was shut down in January.
The website was hosted in a very secure area of the internet.

Investigators discovered a plethora of evidence concerning darknet drug traffickers when German police detained the accused operator of Darkmarket.
This evidence was sent to law enforcement authorities all across the world, including in the United States.

According to Monaco, DarkMarket was the world’s greatest market place for illicit drug trading at the time.
It was based in a very secure area of the internet.

Operation Dark HunTor was carried out by a total of 12 law enforcement authorities.
The Joint Criminal Opioid and Darknet Enforcement Unit, a Federal Bureau of Investigation effort created in 2018, was in charge of the US side of the operation.

Operation Dark HunTor should be seen as a reminder that even encrypted websites do not provide an impenetrable shroud of secrecy for drug dealers, according to Monaco.

During a news conference, Monaco stated, “There is no dark internet.”
“We have the ability to shine a light, and we will.” 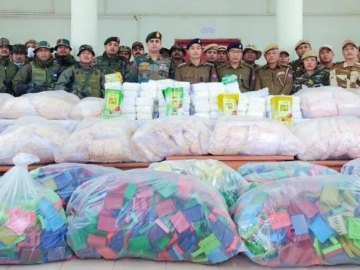 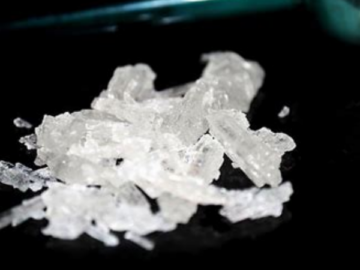