York Area Regional Police have filed charges against a second person as the search continues for Robert Vicosa and his two daughters, who are believed to be in danger.

Tia Bynum, 36, of Windsor Township, has been charged with false imprisonment. She worked for the Baltimore County Police Department, but was suspended sometime after Tuesday afternoon, according to the department’s public affairs office.

Vicosa worked for the Baltimore County Police Department for nearly 20 years, and reportedly had a record of disciplinary problems.

Police continue to search for Vicosa and his two daughters, 7-year-old Giana Vicosa and 6-year-old Aaminah. Police believe that Bynum is with them, running from law enforcement, and both adults are armed and dangerous, according to an affidavit of probable cause.

Vicosa had threatened over the weekend to kill his estranged wife, his daughters and himself, the affidavit states.

Police allege Bynum was involved with holding Vicosa’s estranged wife captive. He had invited her to the home in Windsor Township to celebrate her birthday.

The wife told police that after their daughters went to bed and she was getting ready to leave, Vicosa told her that he bought a gift for her. He said, “I got you a bracelet,” emphasizing the word “bracelet.”

That’s when Bynum and Vicosa grabbed her by the the arms, and her husband put a gun to her head, police said. The two forced her into the basement, where they tied up her wrists and ankles.

At some point, the restraints were untied, police said.

She told police that her husband forced her to snort a crushed Oxycotin pill and smoke weed. He also made her touch a firearm, bullets, a magazine and baggies of drugs. Vicosa wore black work gloves with green markings while he placed the items into a bag that Bynum held, the affidavit states.

The wife said her husband sexually assaulted her several times.

Timeline of the case: Police say missing sisters’ kidnapping began with violent assault of their mom

The victim’s mother told police that her daughter left on Friday evening to go to the store to buy ingredients for her to make fudge. She later received a text from her daughter’s phone. It showed a photo of her granddaughters with a birthday cake. “My little darlings,” it said.

She later received another text, indicating her daughter was going to spend the night with her girls.

The mother told police that she thought it was weird because her daughter doesn’t speak like that. She said her daughter is scared of her husband.

When the mother woke up Saturday morning, she found the groceries in her kitchen. She checked the security cameras and found that Vicosa had driven her daughter to the house.

On Saturday, the victim talked with her brother, who was worried about her. Vicosa warned his wife that if police were called, everyone would be dead. She told her brother she was OK.

On Sunday, she convinced her husband that she wanted to stay and persuaded him to allow her to go home to get some clothes and her computer. She stopped at her house and told her mother that Robert and Bynum were trying to kill her.

She then went to Target in Springettsbury Township to seek help, and police got involved.

She told police that she believed that her husband had tracking devices on her vehicle and phone.

When police went to Vicosa’s home, he and the children were not there, the affidavit states.

Bynum, who was armed with a pistol on her side, answered the door at her home on Monday. She told police she was at Vicosa’s home from Friday evening until Saturday morning. She allowed police to look through her home for Vicosa and the daughters, but they were not found.

Police have been unable to locate Bynum and believe that she is with Vicosa on the run from law enforcement. 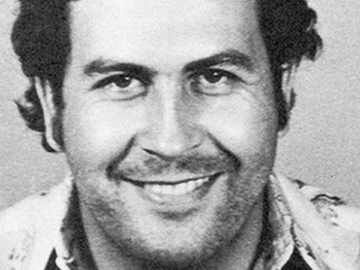