A consultant plastic surgeon had more than 100 child abuse images stashed on his phone, a court has heard.

Mr Khan, 54, who worked at Salisbury District Hospital, was arrested following an investigation by the National Crime Agency (NCA).

The defendant, who denies the charges, claims he accessed the dark web to teach his children about its dangers.

On Monday, the court heard that 106 illegal images were found on Mr Khan’s phone.

The majority were screenshots which had been taken between 11 November 2020 and his arrest on 24 August last year.

The offences he is charged with do not relate to any of his patients.

Prosecutor Charles Gabb said the case was about “sexual temptation” and that it “was such that he [Mr Khan] gave into it, not once but many times over”.

“The sexual temptation he allowed himself to give into was watching and seeing and perhaps fantasising about indecent images of children,” the prosecutor said.

The jury heard that Mr Khan, of Ridgeway Road, Salisbury, had downloaded a Tor browser in November 2020 to allow him to access the dark web.

He repeatedly visited sites with names indicating that they hosted child abuse images.

Mr Gabb said: “If you have the misfortune to ever look at this (child abuse) material you can never forget it, and having seen it once you would never willingly go back and view it again.

“But you would if you like what you see.”

He added: “The defendant projected an image of a pillar of society, someone worthy of respect, but he was nursing a very deep and sordid secret.”

The jury heard that there was no dispute that the Samsung phone seized by the NCA belonged to Mr Khan, and it is not suggested that anyone else had been using it.

In interview, the defendant claimed he had accessed the dark web to better understand it in order to educate his four children about its dangers.

Judge Adam Feest KC explained to the jury that in law, the term “making” illegal images “refers to the process by which a computer or other media device creates a copy of an image on to its memory”.

He said in this case it did not refer to someone taking the original photograph.

The trial, which is expected to last three days, continues. 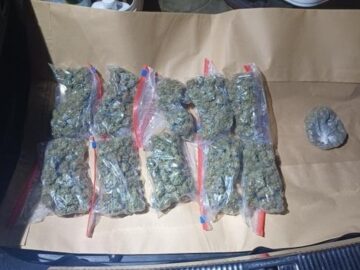