Pequot Lakes resident Nicholas Wynn, 35, has pleaded guilty to illegal possession of multiple firearms, ammunition, and more than 400 grams of methamphetamine on the eve of his trial.

According to court documents, the FBI learned that Wynn was purchasing large quantities of firearms parts and accessories, body armor and other tactical gear, and chemicals and lab equipment used to make narcotics, explosives, and firearms in the spring of 2019.

When executing a search warrant on May 9, 2019, law enforcement agents discovered numerous parts and tools designed for building semiautomatic rifles and handguns, firearms accessories, multiple high-capacity magazines, several boxes of ammo, and tactical gear which included a bullet-proof vest, ballistic plates, a bullet-proof helmet, and a bullet-proof facemask at his house.

During the same search of his house, agents found large amounts of meth and cocaine, packaging materials for selling drugs, recipes and chemicals for making meth, and more than 400 grams of meth. During the sentencing hearing, Wynn admitted he possessed the meth with intent to distribute it.

After Wynn was taken into custody, according to court documents, he admitted that he had multiple firearms and ammo stored in an off-site storage unit in Brainerd. When executing a search warrant, agents found five firearms, including semiautomatic handguns and an assault rifle, and multiple boxes of magazines of ammo.

Agents then searched Wynn’s rental property in Brainerd, which was occupied by renters. The renters told the agents they had been renting the house for ten months but did not have access to the garage. The renters also told agents Wynn visited the garage in the middle of the night multiple times a week. The renter said they observed Wynn loading and unloading boxes to and from his truck into the garage. When agents searched the garage they recovered two segments of a PVC pipe, capped on both ends in the manner used to make pipe bombs.

Under federal law, Wynn was prohibited from possessing firearms or ammo due to multiple prior felony convictions in Crow Wing County.

A sentencing hearing will be scheduled for a later date. 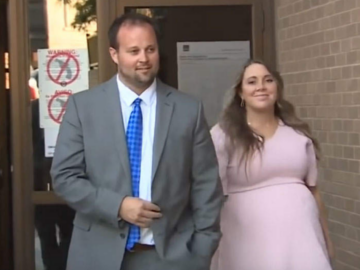