Officers with the New York City Police Department’s Neighborhood Safety Teams – launched to replace the embattled Anti-Crime Unit disbanded last year – have made 31 arrests and taken 10 illegal guns off the Big Apple streets in the six days since they started, officials announced Monday.

The New York Police Department’s (NYPD) new unit tasked with combating gun violence was deployed on Wednesday, when 90 officers took to the streets in 25 different precincts and commands citywide. On Monday, Mayor Eric Adams announced that unit would be growing to include five more teams, in Manhattan, Queens, Brooklyn and on Staten Island, and would continue to expand as needed.

“Our courageous and dedicated NYPD officers are doing exactly what we asked them to do right out of the gate,” Police Commissioner Keechant Sewell said in a Monday press conference. “They’re going after and finding the relatively small number of criminals in our city who are responsible for the vast amount of violence in this city.”

Of the 31 people arrested since then, 61% have previous criminal histories, with most being for “major felonies,” Sewell said. An estimated 39% of those arrested individuals have a history of narcotics arrests, 26% some gang affiliation and 23% were either on probation or parole, she said.

“Vitally important is that 10 more illegal firearms have been taken off the streets of this city that will never be used to victimize another New Yorker,” Sewell said. “In addition to the illegal guns, the other arrests were for drug sale or possession, forgery, suspended or revoked driver’s licenses, reckless endangerment, felony assault, criminal possession of a knife and criminal trespass.”

Flanked by police and city officials, Adams said his administration would not send “mixed messages” to the NYPD’s personnel.

“It’s a clear message: Do it right,” Adams said. “Don’t violate the liberties of people, but go after those guns and those who are the trigger-pullers and dangerous in our city.”

Under Mayor Bill de Blasio’s administration, the NYPD disbanded its plainclothes anti-crime unit, which was made up of about 600 personnel and was criticized by some who accused officers of using aggressive tactics.

Seen as the unit’s replacement, members of the Neighborhood Safety Teams underwent weeks of trainings before they were rolled out.

“The failures of the past is, we stopped anyone, searched anyone based on their ethnicity and based on the demographics or the zip code where they may have lived. We’re not doing that. We’re not going to allow that to happen in our city,” Adams said. “We can have good balance that we are looking for by using precision policing.”

From Friday through Sunday alone, 29 people were wounded in 24 shootings citywide, a 383% increase year over year, according to police department statistics provided to Fox News Digital. The NYPD reported nine people shot on Friday, 13 more on Saturday and seven on Sunday.

Adams told reporters police and his administration would not be reluctant and would not be “fearful of getting it right – because we must.

“The number of gun shots we’re seeing, the number of innocent people being shot … Really the failure of stopping the flow of guns in our city,” he continued. “This is a real fight, and it’s not a philosophical one of we’re placing these officers in harm’s way to do a difficult job.” 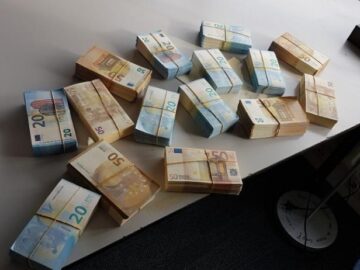