A further two people have been arrested following more raids in East Lancashire today as part of Operation Vanquish.

Officers this morning raided addresses in Piccadilly Road and Constable Avenue in Burnley, and Barbon Street, Padiham, in a series of co-ordinated drugs raids.

​Following the discovery of suspected crack cocaine and cannabis at an address in Burnley, a 33-year-old man was arrested on suspicion of possession with intent to supply class A and class C drugs.

​A 50-year-old man was also arrested on suspicion of possession of class B and class C drugs and after a warrant was executed at an address in Padiham.

​Both suspects remain in custody at this time.

This follows yesterday’s warrants in Blackburn, Darwen, Colne and Nelson as part of a continued crime crackdown across the county.

​Earlier in the week officers also carried out raids in Blackpool, Lancaster, Morecambe and Preston targeting those suspected of being involved in the supply of illegal drugs.

​Chief Supt Mark Winstanley, East Division Commander for Lancashire Police said: “Today’s raids were part of our continued dedication to disrupting and dismantling organised crime groups as part of our policing operation aimed at keeping you and your local area safe.

​”Residents in East Lancashire are at the heart of everything we do; from working with partners to protect vulnerable people to dedicated neighbourhood policing teams focused on local issues. We are taking positive action with those who break the law, and cause anti-social behaviour in our communities.

​“Intelligence from the public and their ongoing support has helped us to make today’s and yesterday’s activity possible, so thank you. We will continue to listen to you, as we work together to keep East Lancashire a safe place to be.”

Dozens more warrants are planned in the coming weeks, along with community engagement activity, traffic enforcement and crime prevention work, all designed to disrupt and deter criminal activity and keep the county’s people and communities safe.

Anyone with information which may assist officers can speak to a local officer, report information online at www.doitonline.lancashire.police.uk, or call 101.

​Independent charity Crimestoppers can also be contacted free and in confidence on 0800 555 111. 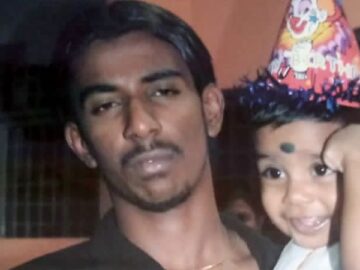