Fetus found in The Hague park

A fetus was found in the bushes along Blaeupad in Uithofpark in The Hague on Tuesday afternoon. The fetus was not viable, the Den Haag police said on Twitter.

The police expressed concerns for the mother. “We are worried for her and hope she receives the necessary care,” the police said.

The police don’t know how the fetus ended up in the bushes or who its mother is. Investigators asked any witnesses to come forward.

A police spokesperson told NU.nl that they currently do not suspect a crime. 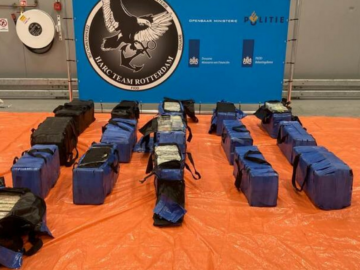 0 171
NL teaming up with other countries to fight organized crime in ports
Author: darkdotnet
Website