2021 has been a record year for the crypto market, which has institutional and retail investors alike to thank for its growth. While these two categories of investors have diverged in their trading behaviors, they’ve both entered the market in seemingly high numbers, helping to push a whole range of cryptoassets to new all-time highs.

For the most part, 2021 has seen institutions focus on bitcoin (BTC) and (to a lesser, yet increasing extent) on ethereum (ETH), while retail traders have been happy to also chase after whichever hyped altcoin or faddish meme is currently rising high in the market. However, according to industry players and observers speaking with Cryptonews.com, 2022 will witness a relative convergence in trading preferences, with retail investors increasingly maturing in their approach, helped in part by a growth in market analysis and research from established institutions.

At the same time, these same commenters predict that institutions will become increasingly important in driving the market next year, with their involvement also helping to drive regulation in a favorable direction. Conversely, the market’s growing maturation will also mean that a section of more risk-friendly retail traders will seek out high returns from more speculative cryptoassets.

In 2020, speaking to Cryptonews.com, analysts predicted that institutions would be drawn towards bitcoin in 2021 as the COVID-19 pandemic continued, and as increased inflation made BTC seem more attractive as an asset.

They also predicted that an influx of new money into bitcoin would spill over into altcoins, bringing them to new highs. Again, this is what we largely observed, with most major altcoins experiencing new all-time highs this year.

Some analysts we spoke to predicted that more companies would add bitcoin to their balance sheets. This hasn’t really materialized on a larger scale though, even if one of our panel was somewhat correct in suggesting 2021 would bring a breakthrough in the quest to have a Bitcoin ETF approved in the US (which it in a way did).

In 2022, commenters foresee that institutional investors will become even more important than they’ve been this year.

“Institutions will have a crucial impact in 2022. To understand why, it’s important to consider the institutional/corporate shift in sentiment towards crypto that took place in 2021,” said Oleksandr Lutskevych, CEO and founder of the CEX.IO crypto exchange.

Lutskevych notes that companies that were able to move quickly in 2021 made substantial inroads (e.g. Microstrategy, BNY Mellon, etc.), setting a precedent for those who were unable to start buying or playing a role in the crypto market, largely because they lacked the required infrastructure to do so.

“At this point, institutions have had ample time to get their programs set to enter the market. On the supply side, there are products and services that make it possible for enterprise clients to do so,” he told Cryptonews.com.

Other commentators agree, with a spokesperson for another crypto exchange, BitMEX, also telling this site that institutions will overshadow retail in terms of impact next year.

“The inflow of institutions into the crypto space as they get more comfortable and regulations advance is likely to be the larger source of capital,” they said.

The growing regulation of cryptassets is likely to play a huge role in coaxing more institutions into the market next year.

“We are already seeing greater regulatory certainty attract new institutions into digital asset markets. What comes with them, the ecosystem of information, research, rating, and advisory services, will likely have an increasing influence over investment strategies and that will be interesting to follow in 2022,” said Andrew Leelarthaepin, Managing Director at crypto exchange Bitstamp Asia Pacific.

The ramifications of growing institutional involvement in crypto is a theme that’s also picked up by Ben Caselin, the head of research and strategy at AAX, a crypto exchange.

“As bitcoin and other major cryptoassets see a continued inflow of institutional capital, we will also see more alignment and integration with the public, corporate, and even geopolitical interests. The inflow of institutional capital is then not only significant in terms of price impact, but also in how it shapes the conversation, broadens support, and imbues the asset class with legitimacy,” he told Cryptonews.com.

Indeed, for Andrew Leelarthaepin, the presence of institutions will have a maturing influence on at least some segment of the retail crowd, who may benefit from a corresponding upsurge in high-quality market analysis and research.

“It was only at the start of last month that Bank of America Global Research launched its cryptocurrency research division along with its first report and the [bank] is likely to be the first of many.  Growth in the information ecosystem will permeate across retail and institutional investors to help inform strategies,” he said.

As with other industry figures, Leelarthaepin holds that the impact of regulation and the professionalization of the digital-asset ecosystem will have a knock-on impact on the behavior of retail traders.

The power of memes and retail

However, observers still think that, even if some retail investors become a little more mature in 2022, many or most will still be chasing after more speculative altcoins, in contrast to institutions.

“Unfortunately, new retail is still largely driven by speculation and trading with high leverage to maximize exposure. It takes time and experience for retail traders to settle down, filter out the noise and focus their attention and capital on high-quality projects,” said Ben Caselin.

Likewise, Oleksandr Lutskevych suspects that the ‘meme coin’ phenomenon will continue playing a role in 2022 and beyond.

“Weighing the impact of this movement is critical because retail traders have shown to have sums of capital that are capable of shifting markets. This value is distracted from meaningful projects and is now directed at memes,” he said.

Lutskevych adds that the significance of retail’s love for memes can be larger than many are inclined to think.

One other divergence we may see in 2022 is retail investors being more drawn (than institutions) to smaller, newer coins, in the hope that they can get large gains in a narrow window of time.

“Smaller retail traders may be able to access initial launches more efficiently given their smaller investment sizes. 2022 may see the beginning of lightly structured products for the new retail funds entering the space,” said BitMEX’s spokesperson.

“Institutional funds are primarily focused on bitcoin and to a lesser extent ethereum. Bitcoin is the best-performing asset of the decade, exhibits all the characteristics of a modern-day safe-haven asset, and given both the fundamentals and real-time developments in the market, we can expect continued interest in this asset, and continued growth,” said Ben Caselin.

“The infrastructural play is most in favor. Base protocols such as Solana, Cardano, Avalanche, and Terra, or second layer solutions like Polygon or Stacks, are obviously preferred over meme coins and other hype-based tokens,” he added.

One other difference between institutions and retail in 2022 will be the fact that the former should be able to afford investing in more than just cryptoassets themselves.

“US capital markets have proven to be a major force in the BTC mining migration as several companies have gone public or raised capital using this option (e.g. Stronghold, Marathon, etc.) to expand their operations. Large investment into new and mature crypto companies will come from institutions, which will influence the growth of the space moving forward,” predicted Oleksandr Lutskevych.

And while there will be some maturation among retail investors in 2022, most commenters expect retail to continue being dominated by sentiment and fear-of-missing-out (FOMO).

For him, this is a perfect illustration of behavioral finance at play in retail markets.

“The market outcomes become more affected by psychological factors, like overconfidence, herd behavior, rather than by fundamentals. The retail investors will likely continue to take this sentiment-driven approach in both the crypto and traditional markets moving into 2022,” he added.

What this means is that, while institutions will enjoy an increased influence in crypto, you should expect 2022 to bring its fair share of speculative manias once again. 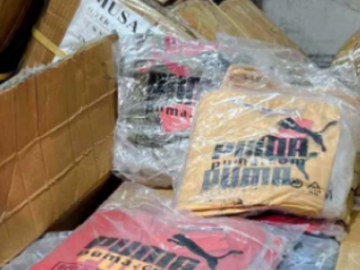