A couple has been arrested over the suspicious disappearance of Amber Haigh, a NSW teen who vanished without a trace almost 20 years ago.

Robert Geeves and his wife Anne Geeves, both aged 61, were arrested at a property at Harden, in the state’s south-west, at about 7.30am today. Ms Haigh, 19, was the mother of a six-month-old son who was fathered by Mr Geeves while he was married.

She had been living with the Geeves at the time of her disappearance. The arrests come just over a week after the reward for information in Ms Haigh’s case was increased to $1 million. The Geeves were taken to Young Police Station where they’re expected to be charged with murder.

“We will be alleging the man and woman, both 61, were residing in a property at Kingsvale at the time and police will allege they were responsible for the murder of Amber,” Detective Superintendent Danny Doherty said on Wednesday.

Prior to the arrests, a white Suzuki Sierra was seized from Thurgoona on April 28 for forensic examination. “We’re going to allege the car that was seized in Thurgoona was originally owned by the man and woman who are charged today for the murder,” Detective Superintendent Doherty said.

Ms Haigh disappeared on June 5, 2002, after making plans to visit her sick father at Mt Druitt hospital in Sydney. The Geeves told police they dropped the teen off at Campbelltown train station.

“We will allege Amber met her demise in the Harden-Young area and never made it to Sydney and as I’ve said before it was a terribly tragic event where a six-month-old baby was left behind and never got to grow up and know his mum.”

Detective Superintendent Doherty said Ms Haigh’s family are “ecstatic, elated and obviously highly emotional” over the arrests. “They were both elated and crying on the phone at the same time,” he said.

The $1 million reward remains for any information about the location of Ms Haigh’s remains. “The family is really keen to find the remains of Amber and put her to rest,” Detective Superintendent Doherty said.

Ms Haigh’s family have long believed she became the victim of foul play. In an appeal for information issued last week, Ms Haigh’s mother Rosalind Wright, said she “knows in her heart she (Amber) would never have left her son”.

“She would help anyone, anyway she can if she needed help,” she said.

“Her son never got to know or grow up with his caring, loving mum.” The impact this has had is feeling incomplete, feeling lost.” Not knowing where she is and what happened to Amber, not even to lay her to rest, or pick up the phone or give her hugs one last time; that has been taken away from us.

“In 2011, a coronial inquest found Ms Haigh died as a result of homicide or other misadventure in early June 2002. In 2020, a formal review of the case was conducted under the Homicide Squad’s Unsolved Homicide framework and a re-investigation commenced by detectives attached to Strike Force Villamar II. 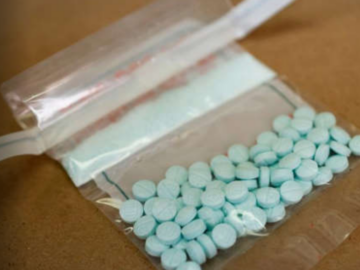 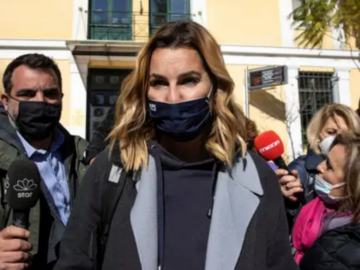