EXCLUSIVE: Hannah Tubbs, the 26-year-old trans California child molester sentenced to a juvenile facility for assaulting a 10-year-old girl in a bathroom in 2014, was accused of attacking an even younger girl just one year earlier.

Explicit court documents obtained by Fox News Digital show Tubbs, then using the name James, was accused of sexually molesting a four-year-old girl at a California library in August 2013 while her mother was browsing books “just a few aisles over.”

The alleged attack inside the Northeast Bakersfield library took place near locked bathrooms.  The victim told police she escaped when Tubbs went to retrieve a bathroom key, and she said Tubbs exposed himself and touched her.  The girl told police he ordered her, “Just do it.”

She was shouting and “crying hysterically” and pointing at her mouth and private parts when she found her mother, according to the documents.

The girl and her mother identified Tubbs, wearing a ripped black shirt and shorts with blonde hair, as the suspect when responding officers arrived.

Bakersfield police did not immediately respond to requests for comment.

Tubbs took a plea deal in the 2014 assault case after Los Angeles District Attorney George Gascon’s office declined to transfer it to adult court last year – a development that prompted outrage over the lenient sentence.

Following the 2014 assault case, explicit Los Angeles jailhouse recordings emerged in February showing Tubbs gloating over the light sentence she received for the 2014 case, involving a 10-year-old victim assaulted in a Denny’s restroom.

She boasted that nothing would happen to her after she pleaded guilty due to Democrat Gascon’s policies and laughed that she won’t have to go back to prison or register as a sex offender. She also made explicit remarks about the victim that are unfit to print and instructed her father to begin referring to her with female pronouns.

“So now they’re going to put me with other trannies that have seen their cases like mine or with one tranny like me that has a case like mine,” Tubbs says. “So when you come to court, make sure you address me as her.”

Tubbs did begin identifying as female after being arrested last year, according to prosecutors.

She received a sentence of two years at a juvenile facility because the case remained in juvenile court, adhering to one of the progressive prosecutor’s day-one directives barring “children” from being tried as adults. She could serve as little as six months and won’t have to register as a sex offender.

At one of Tubbs’ hearings, a DA representative read the 2014 victim’s impact statement, which said in part, “I think back to that day more often than I would like, and it makes me sick.”

“New Year’s Day of 2014,” she continued. “My family almost never goes out for New Year’s, but my brother wanted to do something good for the family and treat us out to breakfast at Denny’s…It didn’t end well in the slightest.”

In the eight years since the attack, she hasn’t been able to live her life like she used to, she said.

“Life has only gotten harder,” she explained. “It put me and my brother in therapy, not only for my well being, but because he felt horrible that he couldn’t do anything to stop what happened.”

For years, she felt like she was being watched, unsafe and the “constant reminder of how defenseless” she was. She even felt uncomfortable around male teachers, family and friends.

“These people are close to my heart, and I can’t even feel comfortable around them,” she said. “It’s an awful feeling.”

“Then there’s the strangers of the world I pass by,” she added. “I take a glance and can’t help but think there’s evil intent behind those eyes. So I stay inside.”

Gascon has since backtracked on some of his controversial directives, admitting that certain charges should be reviewed on a case-by-case basis.

“Like every responsible office, we learn as we go, take feedback from the community, and make necessary adjustments based on our experiences and the complex nature of this work,” he said in February, adding that “a small number of cases” necessitate flexibility denied to his prosecutors under his edicts.

“Specifically, we learned a lot from the Hannah Tubbs case about the need for a policy safety valve,” he added.

He also admitted that Tubbs went on after the 2014 attack to commit other offenses – including one in which DNA evidence linked her to the Denny’s assault.

Gascon’s office did not immediately respond to questions about the 2013 case. The embattled DA is currently facing his second recall push in less than two years on the job. 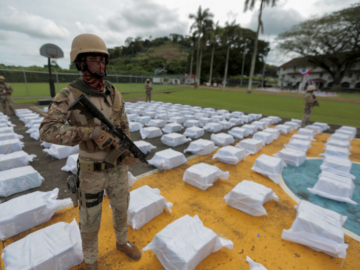 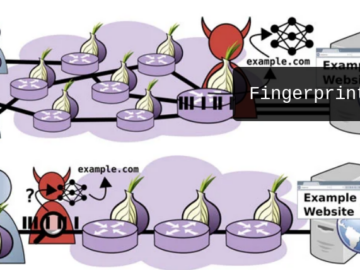