The currency of Bitcoin is starting to rise rapidly. Other cryptocurrencies, such as ethereum, have also set new highs as investors seek to protect themselves from inflation.

The price of bitcoin has surpassed $68,000 (£50,000), setting a new high, and analysts believe that the world’s most well-known cryptocurrency will surge much higher in the coming weeks.

This surpasses the previous high of roughly $67,700 established in late October, when speculators found a new cryptocurrency called shiba inu and sold BTC.
Other cryptocurrencies, like as ethereum, which hit a new high of $4,837, have also gone to new highs.

With a market value of more than $1.1 trillion, Bitcoin has always been volatile, but it remains the world’s largest digital currency.
A single bitcoin was worth around $700 five years ago.
Investors are buying it as a hedge against increasing inflation (as opposed to gold, which is a conventional inflation hedge) and when bond rates decrease.

“Inflation is a big factor for investors today, and the younger generation of investors typically choose cryptocurrencies as a hedge over gold,” said Wilfred Daye, CEO of the trading platform Securitize Capital.
While gold prices have fallen this year, bitcoin and ethereum have more than doubled.
This transition has been fueled in large part by retail investors, and institutional investors are increasingly following suit.”

In January, the US investment firm JPMorgan issued a big prediction, predicting that when bitcoin competes with gold as an alternative currency, it might soar as high as $146,000 in the long term.

The recent gains came after Jack Dorsey, the CEO and co-founder of the payment site Square, stated that he is dedicated to making bitcoin “the native currency of the internet,” and that his firm has no intentions to expand its offers to other cryptocurrencies. On an earnings call last week, he told investors that the company was working on a variety of projects, including hardware wallets for storing bitcoin and functionalities that would allow people to mine for the cryptocurrency.

However, Sir Jon Cunliffe, the deputy governor of the Bank of England, warned last month that digital currencies like bitcoin might cause a financial crisis unless countries enacted strict controls.

0 56
Tor Browser is getting a much-needed makeover 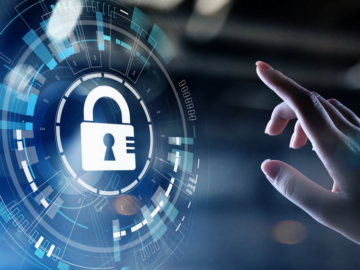 0 57
These are the top cybersecurity challenges of 2021
Author: darkdotnet
Website