Indian police have registered a case against some Amazon executive directors who are being investigating for alleged illegal drug sales on the site.

Charges have been brought against Amazon India’s executive directors after failing to get satisfactory answers during an investigation, the police said on Saturday.

A representative from the e-commerce giant told The National that the company was co-operating with police. It was not immediately clear how many Amazon staff were charged.

“Based on a difference of facts in the reply and interpretation of the document provided by Amazon, the executive directors of the Amazon company have been accused of having committed a criminal act under Section 38 of the NDPS Act,” the police said.

Firms or companies can be held guilty if they or people associated with them are found guilty of selling or trafficking banned drugs under Section 38 of the Narcotic Drugs and Psychotropic Substances Act.

Indian police last week arrested two men they allege were selling drugs on Amazon, police said. They have been arrested under India’s anti-narcotics law, after allegations that they were using the e-commerce platform to sell marijuana.

Police said those suspects were not Amazon employees but private individuals who had registered their business on the platform and were selling the drugs on it.

The police have now charged them over the alleged sale of banned drugs.

Police in Bhind in central Madhya Pradesh state had alleged to have busted a drug trafficking racket last week and arrested two people who were accused of selling the banned substances on the platform in the guise of Stevia, a “natural sweeteners”.

Last week, police said they arrested Kallu Pawaiya and Brijendra Tomar and seized 20 kilograms of the banned contrabands with a street value of rupees 210,000 ($2,825) from them during a raid at an eatery.

During the investigation, they also claim that Kallu had sold 1,000kg of narcotics through the website and transacted business worth 11 million rupees ($148,000).

“The men had registered themselves with fake names on the Amazon website and smuggled marijuana as natural sweeteners from Visakhapatnam and delivered it to their clients,” Manoj Kumar Singh, Bhind police officer, said.

A company representative said that the platform did not allow the listing and sale of products which were prohibited under law to be sold in India.

“Amazon has a high bar on compliance and contractually our sellers are required to comply with all applicable laws for selling their products,” the representative said.

A 2018 report by United Nations Office of Drugs and Crime (UNODC) released in early 2019 said that India was emerging as one of the regions in South Asia where purchasing of drugs over the internet, particularly on darknet using cryptocurrencies, was rampant.

The report said it had identified more than 1,000 drug listings across 50 online crypto-market platforms and blamed emergence of internet pharmacies in India for the spurt in the trade.

A 2021 report by UNODC said China and India emerged as top countries in Asia on 19 major darknet markets analysed over 2011-2020.

Last year anti-narcotics police in Delhi claimed to have arrested India’s first darknet narcotics dealer after they held a 21-year-old hotel management graduate over alleged sale of banned drugs to clients in the US, UK, Romania, Spain and some other European countries.

Police said that the accused had sent hundreds of drug parcels. The officers also seized 55,000 psychotropic tablets, which included tramadol, zolpidem, and alprazolam.

Captagon crisis in the Middle East – in pictures

Drug smuggling has also affected the Middle East. In a series of articles, ‘The National’ reveals how the small white amphetamine pills have spread across the region. 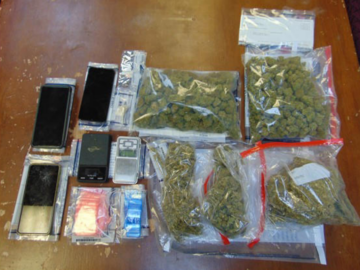 0 121
Kingsville Police Department seize nearly two and a half pounds of marijuana, other drugs, during apartment bust 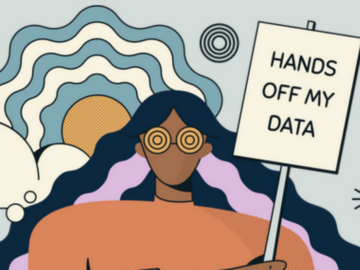