Two people are facing charges after police found pounds of drugs in a bust at an apartment building near Atlantic Station.

According to a statement from the Atlanta Police Department, it started with a tip the agency’s narcotics unit received about “activity” in an apartment at 223 16th Street NW. That is located nearby Atlantic Station, a bustling shopping mall in the heart of the city.

After executing a search warrant at the apartment on Wednesday, the police department’s narcotics unit found a slew of illegal drugs — including over one pound of heroin, one pound of Xanax pills, six pounds of marijuana, and meth, according to police.

“When the community gets involved, we all win,” Atlanta Police wrote in the statement.

Two people are now facing charges in the drug bust. Police say a 39-year-old and convicted felon with 10 arrest cycles was taken into custody. They are charged with trafficking heroin, trafficking methamphetamine, and possession of marijuana with intent to distribute among other drug-related charges.

A 33-year-old was also charged with possession of a forgery device and possession of false identification documents in connection to the case. 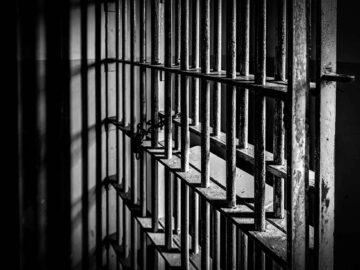 0 110
Man and woman arrested in investigation into 1.4 tons of cocaine via Antwerp